East Asian countries are preparing for the implementation of robotic technologies into daily environments. Early this month, South Korea’s HUBO team won the DARPA Robotics Challenge and Beijing had announced their “Made in China 2025” national strategic plan, which aims to become the world’s leading industrial power. To compete with other countries, Japan’s Prime Minister Shinzo Abe called for the “Robot Revolution” in September 2014 and later for the publication of “Japan’s Robot Strategy” and the start of Robot Revolution Initiative (RRI) in January and May 2015, respectively.

Since a decade ago, Japanese Ministry of Economy, Trade and Industry (METI) has been in charge of developing a series of robot policies in many specific domains of business, innovation, and safety. “Japan’s Robot Strategy” is the latest comprehensive policy guideline for regulating robotics. It’s a five year mega strategic plan that aims to promote the nation’s competitiveness via regulation and “deregulation” methodologies.

The guideline encourages the development of “Artificial Intelligence (Data-driven and Brain-like),” “Sensing and recognition technology,” “Mechanism, actuator, and control technology,” “OS and middleware.” These core technologies will be crucial for developing “Next Generation Robots” and could be applied into a wide range of real world sectors such as manufacturing, service, nursing and medical, construction and agriculture.

In response, they proposed the “Implementation of Robot Regulatory Reform” as guidelines. There are two strategies of regulatory reform. The first eases current regulations through creating new legal system or utilizing the environment. The other strategy is to establish legal framework required from the consumer protection perspective. In addition, field testing for robots is an essential part of deregulation, because it can help regulators and manufacturers to find out many unexpected risks during the final stage prior to its practical application.

The world’s ﬁrst “Special Zone for Robot Development and Practical Testing (Tokku)” was approved by the Cabinet Ofﬁce of Japan on November 28, 2003. At that time, Takanishi Laboratory, Humanoid Robotics Institute of Waseda University had conducted many empirical testing within several different areas of the special zone to evaluate the feasibility for bipedal humanoid robots on public roads from 2004 to 2007. It is also known as the world’s ﬁrst public roads testing for bipedal robots.

The history of special zone is merely 10 years long, but there are already many special zones established in Fukuoka, Osaka, Gifu, Kanagawa and Tsukuba. As the development of robotics and its submergence to the society expand, the importance of special zone as an interface for robots and society will be more apparent.

There is a joint research between Waseda University Humanoid Robotics Institute and Peking University Law School published at International Journal of Social Robotics this year. It is a case study on legal impacts to bipedal humanoid robots in the special zone, and we found many interesting outcomes from the case study.

Based on our analysis, we proposed a three-level hierarchy of “Robot Law” organized by “The Robot Safety Governance Act,” “The Humanoid Morality Act” and “Revisions”. Firstly, “The Robot Safety Governance Act” is the extension of current machine safety regulations. These technical norms located at the bottom of “Robot Law” will ensure the safety of new human-robot co-existence. There will be two main challenges for integrating the code of ethics into robot safety regulatory framework. From a technical perspective, we have to consider how to provide a feasible framework embedded ethics into robots without Asimov’s Three Laws of Robotics, such as the “Ethical Governor”, proposed by GeorgiaTech’s Ron Arkin. Another challenge to realizing programmed code of ethics depends on attitudes from the lawmakers and regulators to the emerging “Ethics by Design” principle. As for “The Humanoid Morality Act,” which should be at the beginning of “Robot Law,” it will deﬁne a proper relationship between human and robots and the use of coercive power to constrain unethical applications of humanoid robotics or cyborg technologies. It will construct a fundamental norm for regulating daily interactions between human and robots. However, its importance will increase as the development of robotics applications in human society expand. Finally, “Revisions” will refer to the current existing laws that need to be revised due to conﬂicts with advanced robotics. It is strongly connected with the issue of deregulation, areas may include privacy protection laws, road trafﬁc acts, international humanitarian laws, tort laws, etc…

Also, we verified the existence of “Open-Texture Risk” concept in this case study. Thus, we can refer it to regulate the “Third Existence” robots, since it can be a boundary between robots with Action Intelligence and Autonomous Intelligence (but still not beyond Singularity). From the aspect of open-texture risk, the physical injuries and damages created by autonomous “Third Existence” robots could be seen as the outcome of complex interactions between non-linear decision making and entities in the unstructured environment. This may cause a “liability gap” due to the difﬁculties in their ability to make judgements.

For example, at the Fukuoka TNC TV Building, WABIAN-2R fell down on a bumpy surface with tiles angled 2◦−5◦ (forward-axis) downwards. In this case, WABIAN-2R’s Walking Stability Controller dynamically adjusted its body balance based on built-in ofﬂine walking pattern and the data received by sensors that monitored the surrounding environment. This resulting autonomous behavior could be seen as a “function” of the product or a “decision” made by WABIAN-2R’s Walking Stability Controller by different groups of lawyers. Either or, the result is beyond its designers’ expectations and the two ways of deﬁnition are very different from a legal perspective. If deﬁning this behavior as a product misfunction, the physical injuries or damages caused by WABIAN-2R’s Walking Stability Controller should be the manufacturer’s liability. However, open-texture risk brings a new level of difﬁculty in justifying the “product defects.” Risks of these robots’ behavior are difﬁcult reduce during design and manufacturing stages, and the manufacturers have to provide more comprehensive information regarding usage to avoid liability issues. However, the appropriate amount of information to be provided during sales at this time is still controversial since robotics is still in its infancy. Therefore, a guideline to draw boundaries of liability between users and manufacturers on the obligation to provide product information is necessary. However, if we regarded this autonomous behavior as a decision made by WABIAN-2R’s Walking Stability Controller, there is the question of who should afford the tort liability for the physical injuries or damages. As the adaptability of autonomous robots grows, the characteristic of robots as a third existence with autonomous intelligence but lacks self-awareness will become more apparent. Before autonomous robots become truly developed, may we consider the third existence autonomous robots as a pet, with its owner assuming all liabilities? This may be the case since the robot itself lacks the subjectivity to afford legal liabilities.

Read the article of “Intersection of “Tokku” Special Zone, Robots, and the Law: A Case Study on Legal Impacts to Humanoid Robots”, International Journal of Social Robotics (2015) 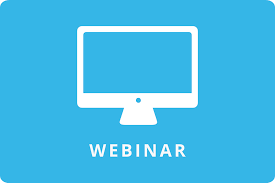