Prime Minister David Cameron has been clear with British citizens: if he wins the next elections on 5 May, he will increase public authorities’ power to access content and communications details of online users. “Let me stress again, this cannot happen unless the home secretary personally signs a warrant. We have a better system for safeguarding this very intrusive power than probably any other country I can think. But the question remains are we going to allow a means of communication where it simply isn’t possible to do that and my answer to that question is no we must not”. It is evident that after the terrorist attack at Charlie Hebdo’s headquarters in Paris, PM Cameron stressed a need for more power to be given to intelligence services and crime prevention mechanisms, especially those operating in cyberspace.

When discussing the existence of secure communication spaces, we are talking about apps on the Internet used by millions of people worldwide, such as WhatsApp, Apple’s iMessage and FaceTime, which are offering secure services for users – as well as for terrorists unfortunately - in terms of data flow and undisclosed content. WhatsApp, in particular, has recently improved its system using TextSecure encryption protocol. Unlike other tools, the TextSecure option, utilizing end-to-end encryption, keeps data secure and intact throughout a message’s journey through cyberspace. In other words, the message remains protected during the transmission between devices avoiding the possibility of being intercepted by spy agencies. As a result, according to Mr. Cameron, if these digital communication services do not implement specific “backdoors” for security purposes, accessible to the government, these services will be banned in the UK.

Consequently, Mr. Cameron’s challenge is to find prestigious political allies to support his cause. During his official visit to the USA, the PM requested that President Obama helped persuade U.S. tech companies to give governments more access to encrypted communications. Surprisingly, Obama was not in full agreement with Cameron on this issue. Apparently, Mr. Obama has recognized the fragility of this topic (especially as it follows his declaration in favor of Net-Neutrality, which rallies against indiscriminate Internet Surveillance), in spite of the fact that he stands unequivocally against terrorism and Islamic extremism.

In addition to Cameron’s recent political declarations, the Tories’ attempt to monitor web apps has already been well established since 2012. We are talking here about Draft Communications Data Bill 2012: the bill, had it passed, would have extended the range of data communications that companies have to store for 12 months. It would have also included details of messages sent on social media, webmail services and phone calls,. The bill, also called “snooper’s charter” by critics, has been temporary blocked by Liberal Democrats.

To raise an alarm over the Cameron’s proposal against our freedoms, Jonathan Zittrain from Harvard University was able to forecast hypothetical consequences of such action by posting an open letter, which was recently published on Medium.com. He underlines 4 specific reasons why government access to all Internet apps would not support the balance between security and privacy in media, by contrast it will block it. In particular two of the reasons listed by Zittrain are quite remarkable. The first: “The Internet’s open ecosystem is fundamentally different from the closed world of telephony – so you can’t copy and paste the old order” (The best case is a nightmare for public and national security: it exposes their communications to anyone ready to engage in hacking, including terrorists. What a paradox!).

And the third: “Compelled exposure to a state with a warrant means vulnerability to a state without one” (Political regimes in the world could have the possibility to monitor their citizens massively and totally put down freedom of expression).

In the end, I would like to stress one final consideration. It goes without saying that current society is deeply influenced by surveillance both private and public for security purposes. People are always feeling controlled due to CCTVs, digital tools connected to the Internet and also communication applications. Taking into account Cameron’s latest legislation proposal, a fundamental question arises: what has happened to the role of trust in digital society? There is no room to develop such an extended topic right now; however, I want to stress the importance of this issue, though it is relevant to note that according to some experts in the field: “although government can use transparency as a tool to encourage trust, too much transparency may in fact be at the expense of such trust”. It is clear that if governments are going to block or ban chat applications, our society will always be more suspicious, and, what is more, citizens will consider governments a threat rather than a source of trust. 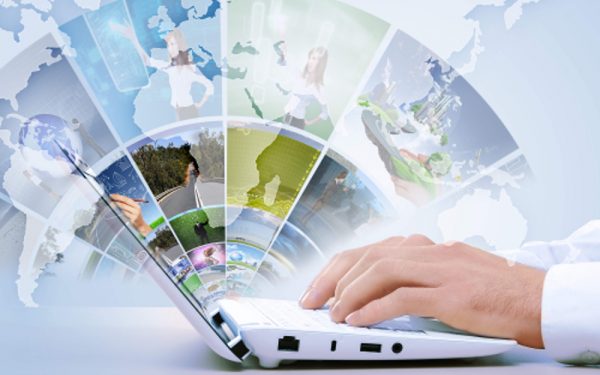